Free and Basic plans only allow one application. Upgrade to a paid plan to allow creating multiple apps.

Keep your API Keys safe. Do not store your API Key where a third party could possibly steal your API key. 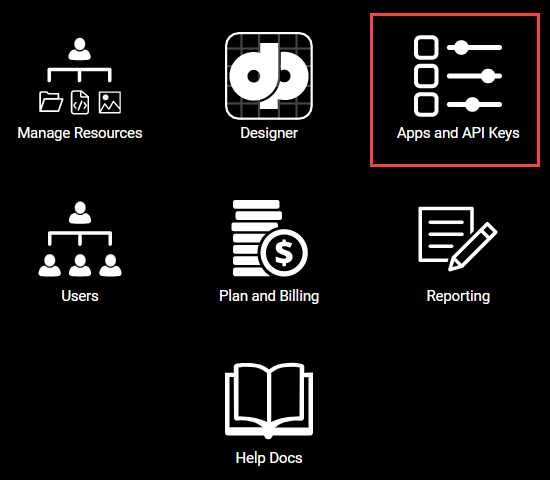 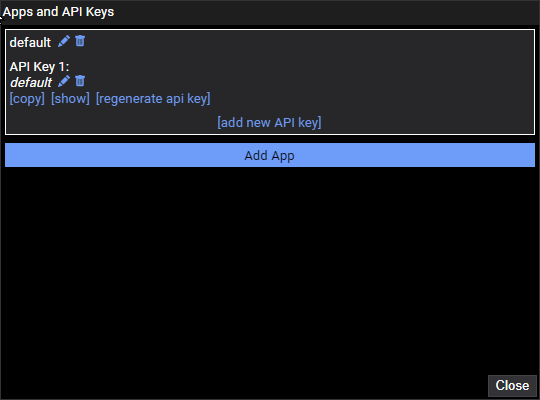 Figure 2. Apps and API Keys with a default app. 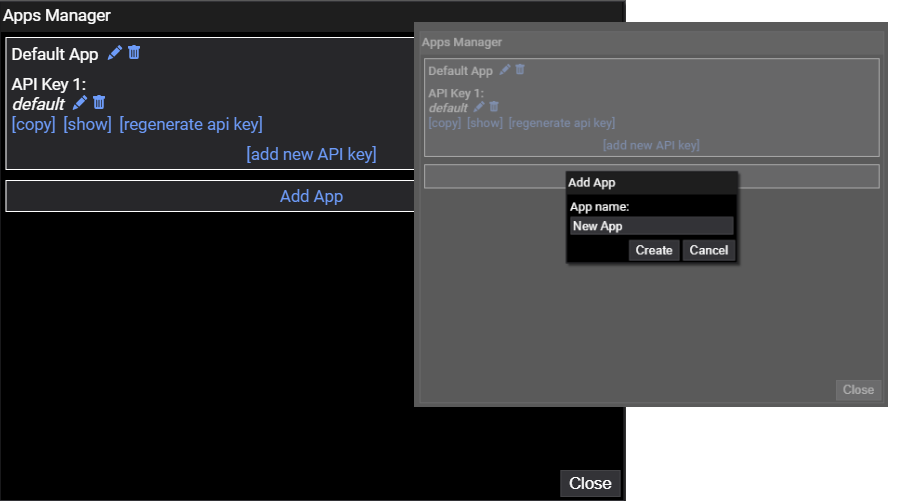 Figure 3. Adding a new app to the Apps Manager.

You can change an App's name or delete the App using the edit and delete buttons. 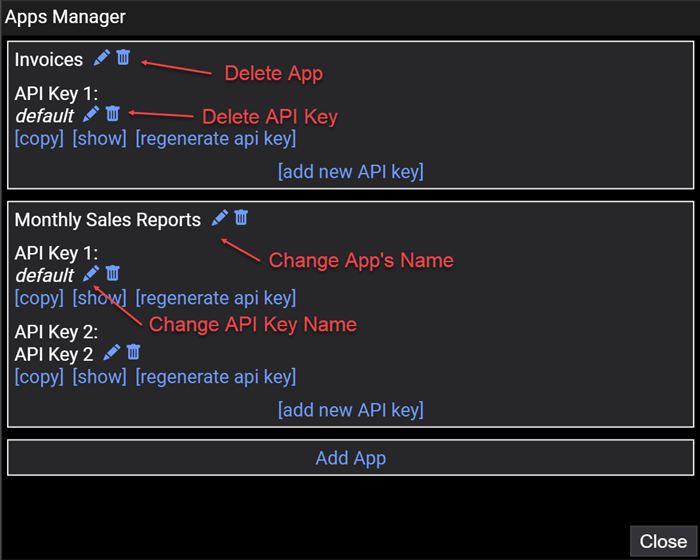 Figure 4. Use the edit and delete buttons to change an app's name or delete the app.

API keys are how you identify an App and tie it to the corresponding API endpoint call. All API endpoints are secured by a key, that key is important to both authorize an endpoint's call as well as tying the endpoint to the key's corresponding app defined in the Apps and API Keys. Key tasks are, 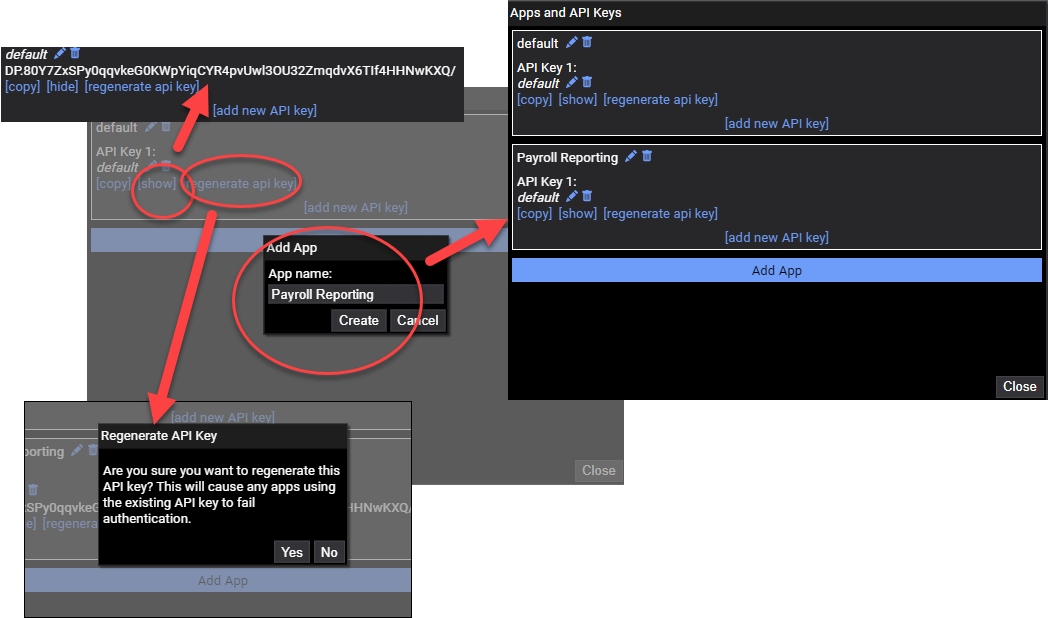 Add a new API Key by selecting [add new API key] and providing the key with a name. 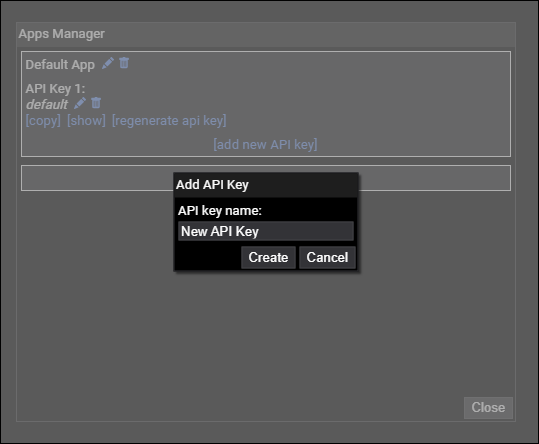 Figure 6. Adding a new API Key to an App.

You can edit an API key's name or delete an API key using the same icons as used for editing and deleting apps. 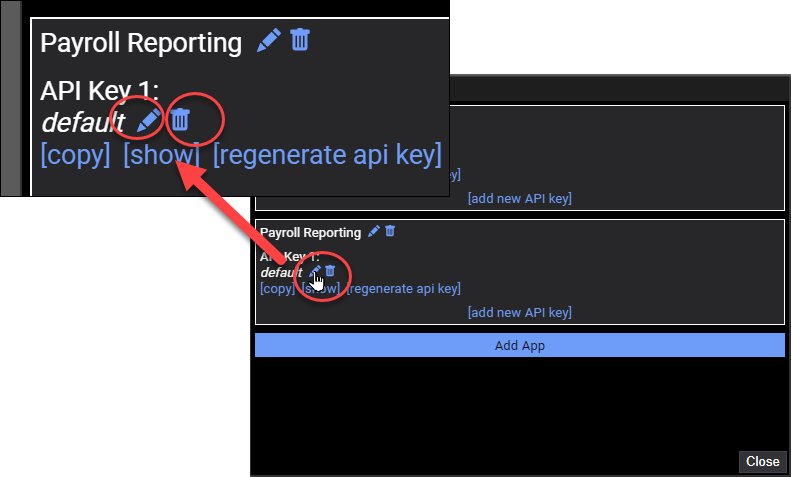 When you regenerate an API Key, all Apps that used the old key must be modified to use the newly generated key.

Regenerating a key discards the old API key value and assigns the key a new value.

Rather than regenerating an API key, consider adding a new key to your app, reassigning your applications the new key, and then deleting the old key. This will allow changing keys with minimal application down time.

By default an API Key is hidden. Select [show] to display the API key. Select [copy] to copy the API key to your clipboard.

All of the DynamicPDF Cloud API REST endpoint calls you define in your client applications must be authorized using an API key. That key is tied to an App defined in the Apps and API Keys.

Usage reporting in Reporting is on a per App basis and not at an organization's level.

When assigning a Cloud API REST endpoint call an API key, that key identifies the endpoint call as belonging to the key's associated App. You are not limited in how you chose to organize one or more of the DynamicPDF Cloud API REST endpoints. You could choose one App per endpoint (one API key per endpoint) or group multiple endpoints per App (multiple endpoints sharing the same API key). However, the important point to remember is that the reporting available to you is per app as defined in the Apps and API Keys.

For example, suppose your organization has two regions and creates calls to either the pdf or dlex-layout endpoint with different DLEX files - a report for region one and a report for region two. One way you could group the endpoint calls is by report and not be concerned with organizing by region. Each report/endpoint call is its own distinct application.

Another way you might organize your applications is by a top-level organization. For example, you might create a Sales Reports application and assign multiple reports/endpoint calls to the same application.

Of course, you most likely have your own desired organizational divisions and categories you wish to use in organizing you Cloud API calls.

Remember, the organizational level for API keys is the Cloud API endpoint. Resources such as DLEX files are not assigned API keys nor grouped by application. The underlying REST call is what requires the API key and it is used to organize applications.