Organize your applications in the Apps and API Keys so you can better manage your organization's many DynamicPDF CloudAPI Endpoints. 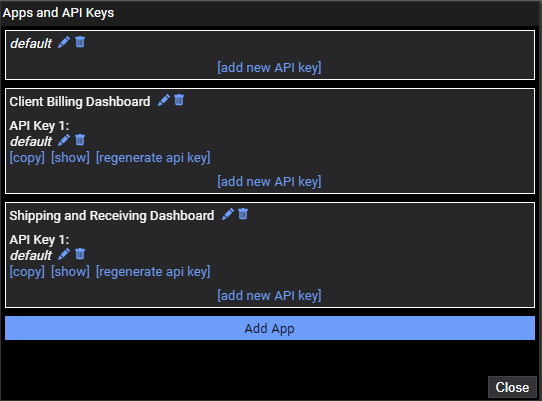 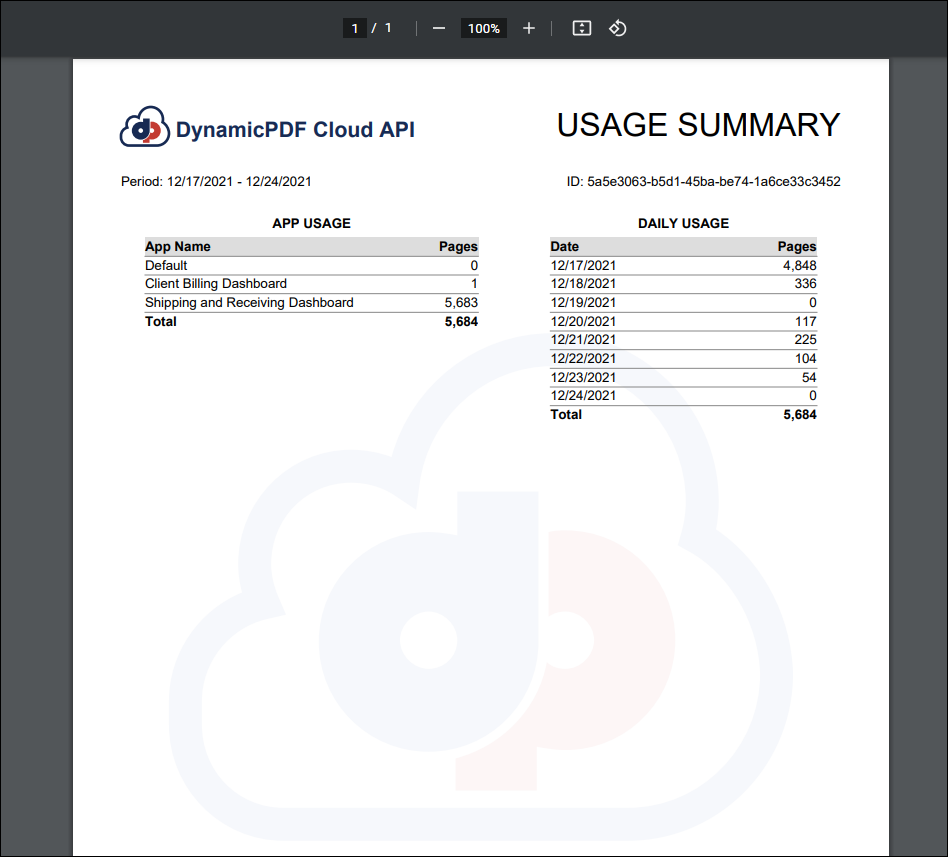 Let's use the Apps and API Keys to organize a couple endpoints by application to illustrate how you can easily organize your reporting.

Assume we have two applications we wish to track usage for: Client Billing Dashboard and Shipping and Receiving Dashboard. These are both applications that will use multiple DynamicPDF Cloud API endpoints. 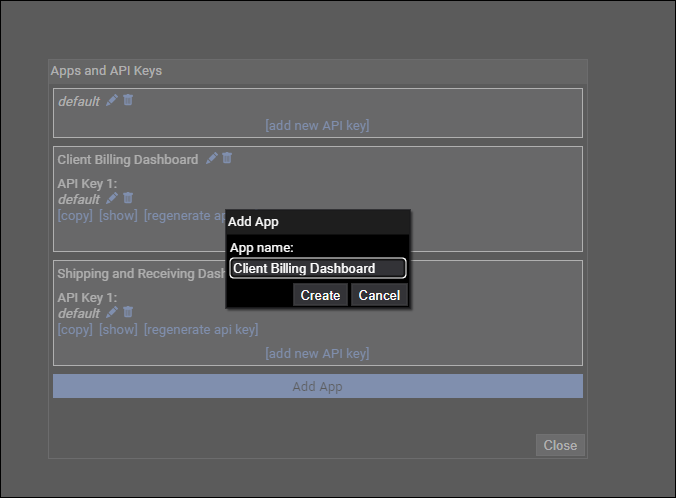 Figure 3. Adding an application to Apps and API Keys.

We can now use these app keys in calls to our endpoints for these applications. For example, in the two sample projects, both contain two calls to different endpoints. Both applications use the app key associated with the application entered above. 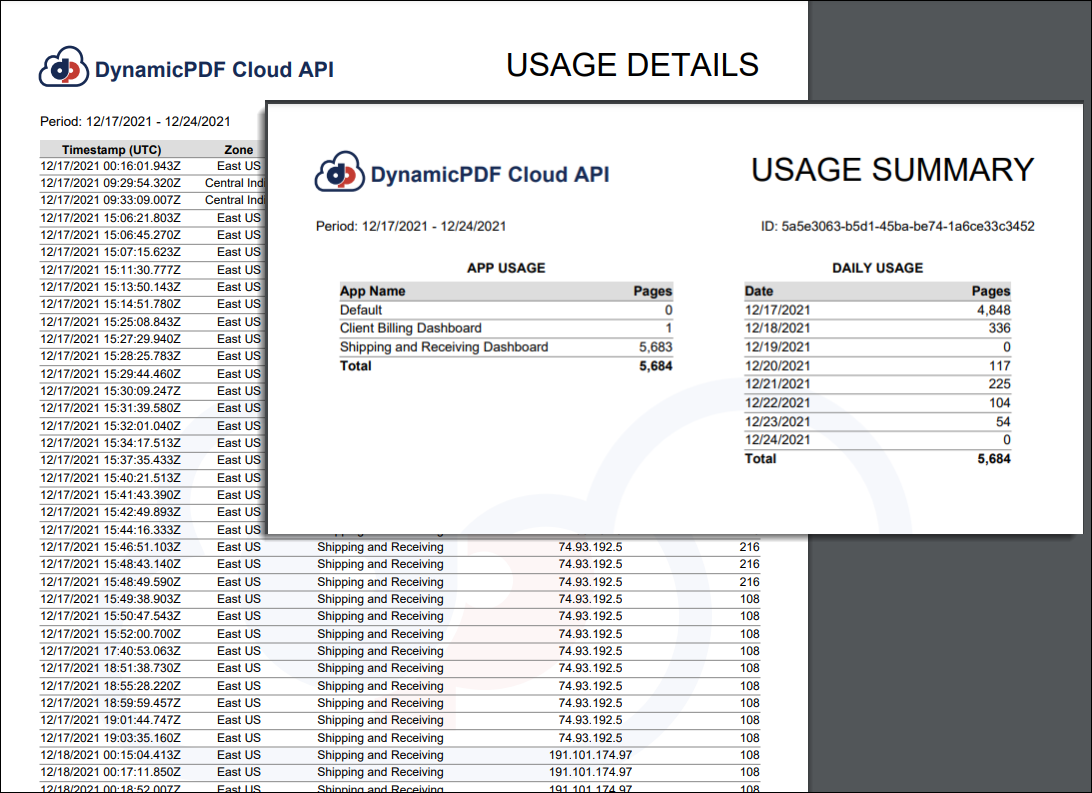 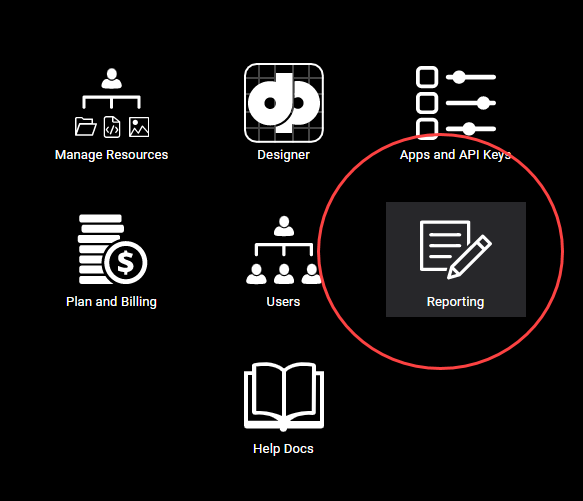 The next release will also list the endpoint name in the report. It will also allow downloading the report as a JSON document.

This is just one example of how you might wish to organize your DynamicPDF Cloud API usage. Creating different applications and using each application's key allows you to more easily keep track of your usage. Future enhancements will allow even more management capabilities such as endpoint name and downloading reports as JSON documents.